How to enhance your enterprise with automation 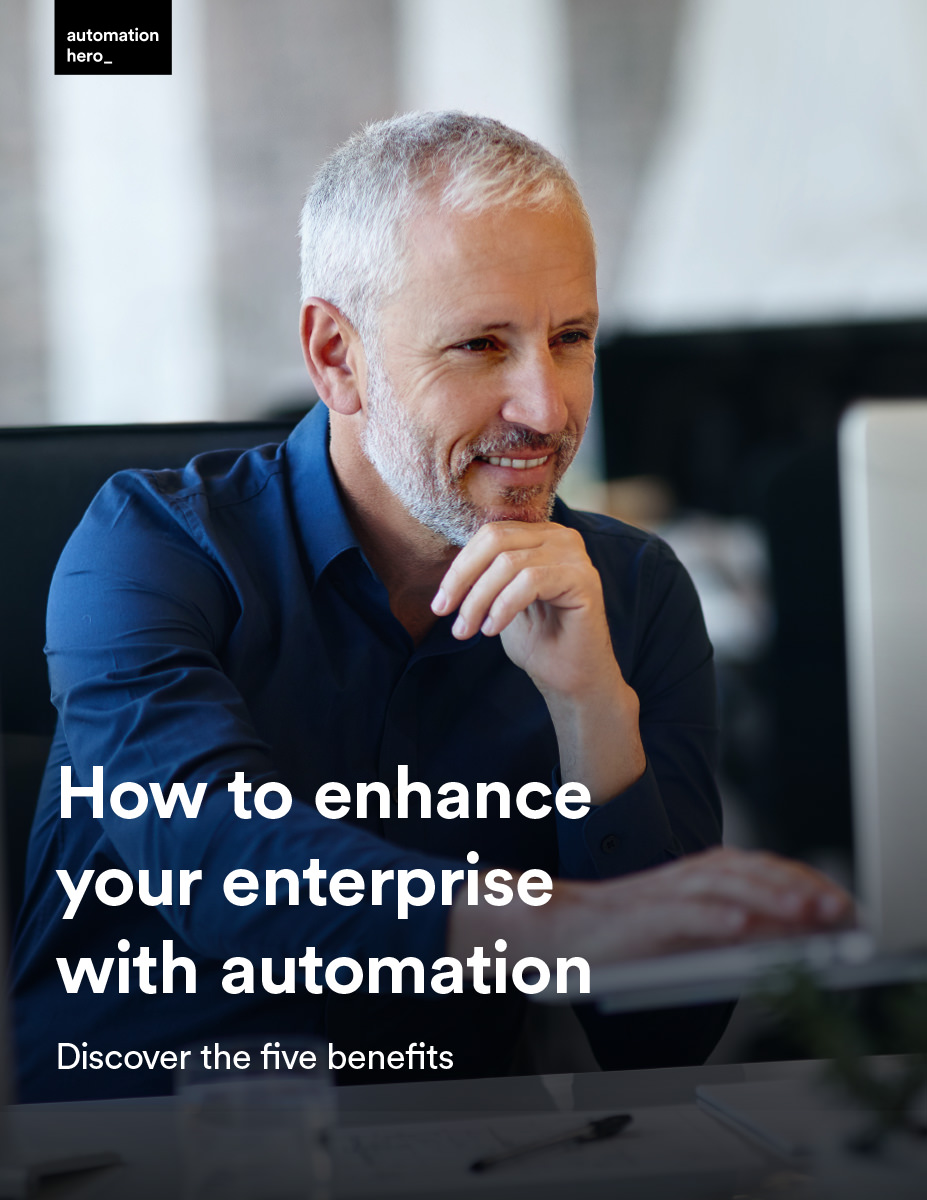 83% of enterprises are already using an automation platform or plan to implement one into their business processes, according to a survey by OVUM. Many business leaders are familiar with robotic process automation (RPA) where robots can perform simple rules based tasks. Now they are educating themselves on intelligence process automation (IPA) to automate more complex tasks with AI.

There are numerous benefits of automation associated with adopting low risk, non-invasive IPA, but enterprise organizations often have trouble weighing the cost and resources of IPA implementation against the ROI they expect to see from it. Early adopters are proving that the ROI is worth implementing IPA. According to KPMG, successful process automation projects save companies 40% – 75%, with payback that varies between several months and several years.

IPA can typically be completed quickly without disturbing existing processes and systems and continuously provides benefits for enterprises long after implementation. Understanding all the benefits of automation will increase your success and your ROI.

Get your free copy now!